The incredible work that our graduates do is a testament of the education at Innovate Salon Academy, so we want to highlight our alumni and the amazing things they are up to. This month we had the opportunity to catch up with Vinny Manzella, one of our barbering graduates from a couple of years ago. His story is amazing and he has recently been making a big name for himself on Instagram. We’re hoping his story can show you what you can do with a barbering education in your own life! 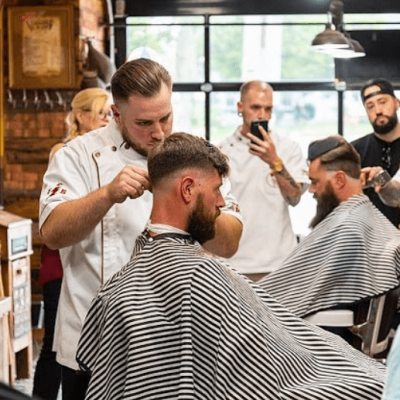 Vinny grew up with his mother cutting his hair with a home clipper set. He learned the basics of barbering at home from his mother. He got his start in cutting hair for other people when he was in high school cutting hair for his friends. After high school, he went to college and kept cutting hair out of his dorm room to help pay his way through school.

Vinny had wanted to be a cop his whole life, but while he was living in Newark, he was robbed at gunpoint! That point in time changed the course of his life. He realized that day that he didn’t want to be paid to be a police officer and deal with situations like that all the time. He realized he wanted to have a normal life with a family.

Vinny always had a natural knack for barbering, so he decided it was time to make his career official and get his barbering license. He decided to enroll at Innovate Salon Academy because he loved the feel of the school. He could tell that everyone at the school loved to be there, and they were excited about the beauty industry. In particular, Vinny mentioned that his instructor, Juliet Pasternak, who is also a graduate from Innovate Salon Academy, always pushed him to excel. He always felt like the education was broken down in a way that was easy to understand and was comfortable to learn, even if it was a more traditionally feminine topic, such as hair curling.

Vinny pushed himself to get ahead during his time at Innovate by working part time at the Swagger & Blade barbershop after he had completed the first 500 hours of the barbering program. He worked there on weekends so that his education became a transition from barbering school to barbering career. 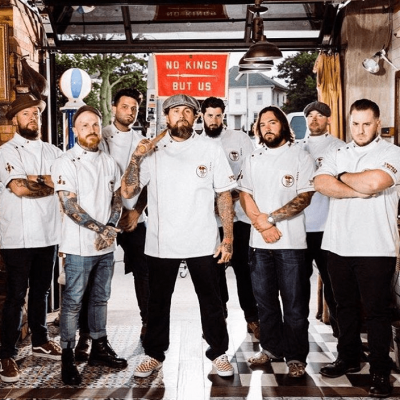 In the short time since graduating from Innovate Salon Academy, Vinny has been up to amazing things! He has been at Swagger & Blade for a couple years now, and has been working on his Instagram following, which has been growing steadily. In addition to his work at the barber shop, Vinny has also had the opportunity to start teaching classes on stage at shows. Not only that, but he and the other barbers at Swagger & Blade had the opportunity to cut at the Sea.Hear.Now Music Festival. The whole shop of barbers was backstage cutting hair for a lineup that included Incubus, Jack Johnson, and others!

Vinny’s success after graduation has come because of some hard work and diligent learning. He offers the following advice to people who are looking into a career in barbering:

”Learning barbering is a process. You may want things to go faster, but you learn one thing at a time. Barbering is craft, and you have to teach your hands to do it. Slow down, enjoy the process of learning. The stuff I learned on day one I still use to this day. After graduation, there are so many things you can do with the career. You won’t have to just stick with barbering hair, there’s so much to it. It’s so versatile.”

This advice is great, especially because there are students who come to Innovate Salon Academy with some experience with cutting hair, and some who have no experience at all. Becoming a licensed barber is an important step to opening up career opportunities! 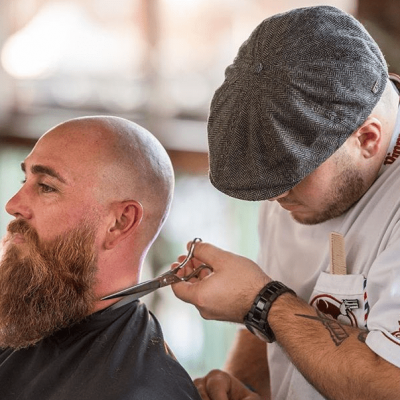 Do you have a passion for helping others to look and feel their best? A barbering career could be the perfect fit for you! Barbers have the opportunity of tailing their careers to fit their schedules, needs, and lifestyle. Barbers with entrepreneurial spirit can build impressive businesses as well.

Our barbering program is available at both our Ewing and South Plainfield campuses. Contact us today to get started on your future!